We headed up to Zimbabwe via the north of the Kruger Park and via Mozambique to arrive in the Gonarezhou National Park . Transition from Kruger Park South Africa into Mozambique coincided with the lack of any wildlife which included birds and made me wonder why they had opened the border fences to allow game to get poached freely on Mozambique land . After some border issues and usual nonsense we entered  Zimbabwe and stayed our first night in Gonarezhou park and had some nice visitors to the campsite in the form of a pack of hyenas ;we also heard a lion roaring happily away .We stayed another night in one of the most scenic campsites I have camped in and headed off to Chimanimani . The road was long and mixed from really  good road to really bad roads with many pot holes . We eventually arrived in Chimanimani National Park and began our first quest to climb and fly off the top of the peak called Mount Binga the highest point in Mozambique . Our team consisted of my brother and his life partner , myself and our guide Thomas . We overnighted at a great hut with a view of a valley that was glorious in its beauty . Well rested we set off on what was expected to be a journey of 3 -4 hours climbing up a steep path . The guide led us another path for some reason only known to him and we met some illegal gold diggers who seemed to influence the decision of dear Thomas and we got properly off the path . Eventually one of the Gold Diggers who obviously knew the mountain showed us the way through big boulders and thick shrubs which took its toll on our bodies . We arrived on the top after 5 hours  of hard hiking somewhat tired and subdued . I had run out of water and the team was low as well . Flying was an option but with no water and maybe a big outlanding and another serious hike in the mix and our team not in the best of shape as my brother was battling after effects of serious flu we decided to walk down . The hike and view is awesome the mountains very rugged and a great place to stay for at least 4 days and hike the surrounds . Paragliding is also an option as there were some various options that could be explored . The major problem is launching into wind from Mt Binga might mean landing in Mozambique and having to hike up Skeleton Gorge or flying with no wind and gliding down to Zimbabwe side . We left the area to head up the highlands to the north and climb Mount Nyangani the highest mountain in Zimbabwe . We arrived in area and found some accommodation near Worlds View a really beautiful launch site which explored during the afternoon . Encountering some vehicle problems we headed to Mutari and had a flight from Honda Valley site which a very scenic with some awesome rock cliff faces nearby . We did not know the site or area so were conservative in our approach and did not head out on a XC flight . Potential is massive here for some real exploring but communications and retrieval must be planned as road network is maze of dirt tracks and roads and potential for getting lost all day is there .We landed near the main tar road nearby (5km) and had excited kids swarming us with welcomes . I would love to come explore this region and fly the escarpment that has some nice waterfalls that one can fly past . We fixed the car and headed for Mount Nyangani .We overnighted and we were ready to hike and fly by 06h00 . We reached the peak quite easily and the walk was around 1h30 to the top of Mount Nyangani the Highest point in Zimbabwe .I passed many potential launch site for the SW , W , NW directions with easy landings and awesome views . The Trade Winds seem to reach this mountain range and we had a strongish easterly blowing . Launching is possible in the Easterly directions but outlanding at bottom of escarpment is a long trip to recover of around 140 km as there are no direct roads from Mt Nyangani . The wind increased in strength so a lee side into thermal launch was not wise option for us and 10-12 hours of recovery was also not an option with the logistics at hand . Ideally we need two vehicles and 6-8 persons with 2 ground crew and drivers . Next time hey .We enjoyed a freezing night camping (I was toasty warm in my mountain gear and sleeping bag ) and then headed to Mozambique 2000 m below and and 30 deg C warmer ..next story begins soon . 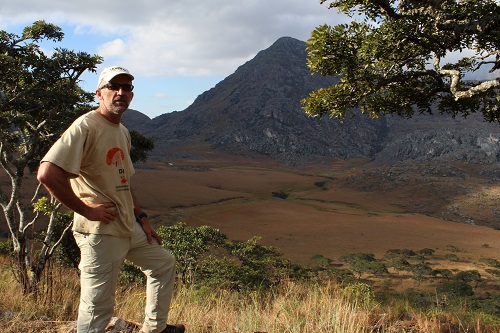 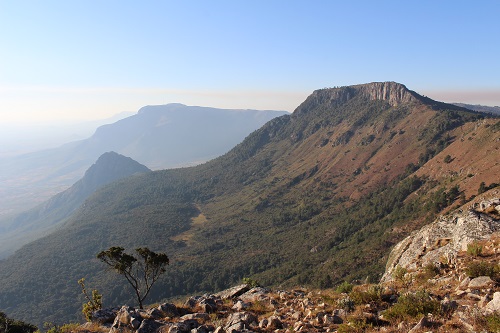 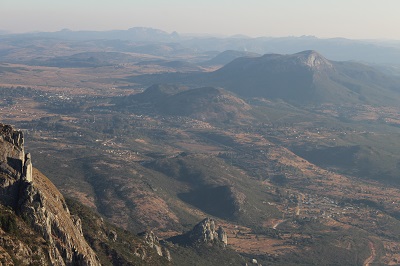 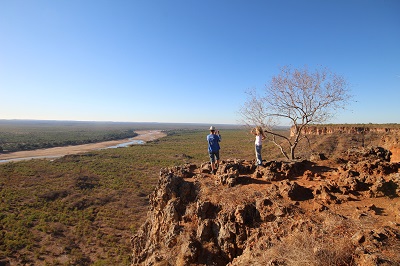 For the last three years we have won a Trip Advisor Certificate of Excellence Award, learn more